She is quite a lump of metal, relatively heavy and chunky. But since she was originally created for studio work,
you can forgive the Mamiya RB67 Pro S (Advertising)  these small drawbacks.
First of all, I have to say that with the Mamiya RB67  Pro as well as the Pro S and Pro SD,
you are holding a reliable and high-quality camera in your hands. It is completely mechanical, which makes it independent of batteries and other power sources. Well, apart from the light, that we need for taking pictures.

Feel free to watch my Review video at the end of the page. 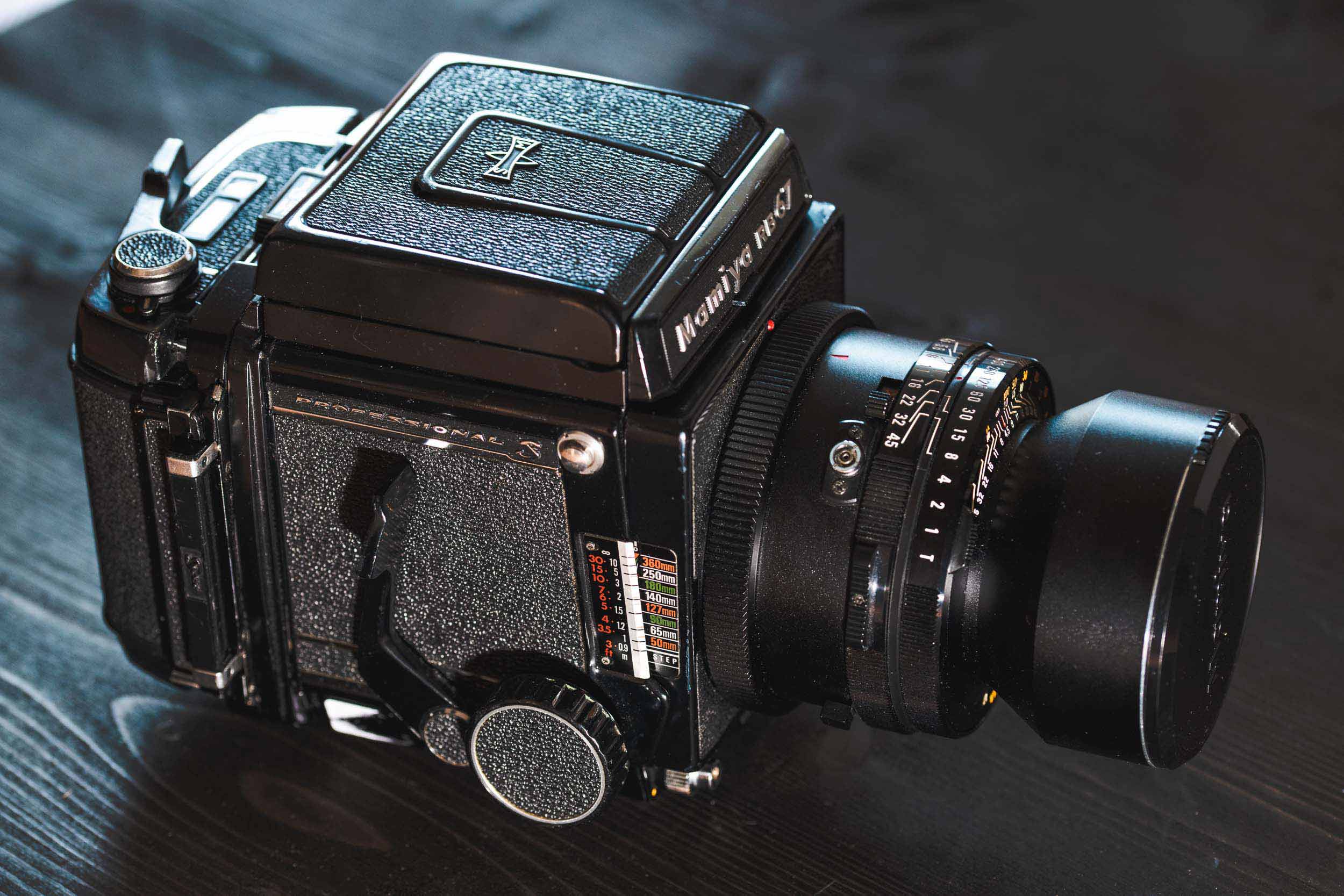 The first model, the Mamiya RB67, was launched in 1970. It was fully mechanical, made entirely of metal and about 3kg heavy. The Mamiya RB67 enjoyed great popularity because the magazine (or better the back where the magazine was mounted) was rotatable and so the orientation could be switched from landscape to portrait format.
In the first models, only the magazine slide (the thing made of metal in the magazine) prevented the film from being double exposed. The newer models are working with mechanical locks, to prevent you from accidentally double exposing your image.

In 1974, the Mamiya RB67 Professional S came onto the market. It differed from its predecessor primarily by the use of various plastic parts and
the already mentioned mechanical barriers, which should prevent double exposures. Lenses, magazines and viewfinders are compatible with the previous model. What today sometimes leads to accidental double exposures on a Pro S :-P.

Finally, in 1990, the Mamiya RB67 Pro SD came onto the market, which was also the last model before the electronic RZ67.

RB stands for “Rotatable Back”.

As the name of the camera “RB67” already suggests, the picture format is
6x7cm. Recorded on 120 film, which is still available today.

That’s what the RB67 Pro S is capable of

Besides other things, The RB67 Pro S shines with the following functions. 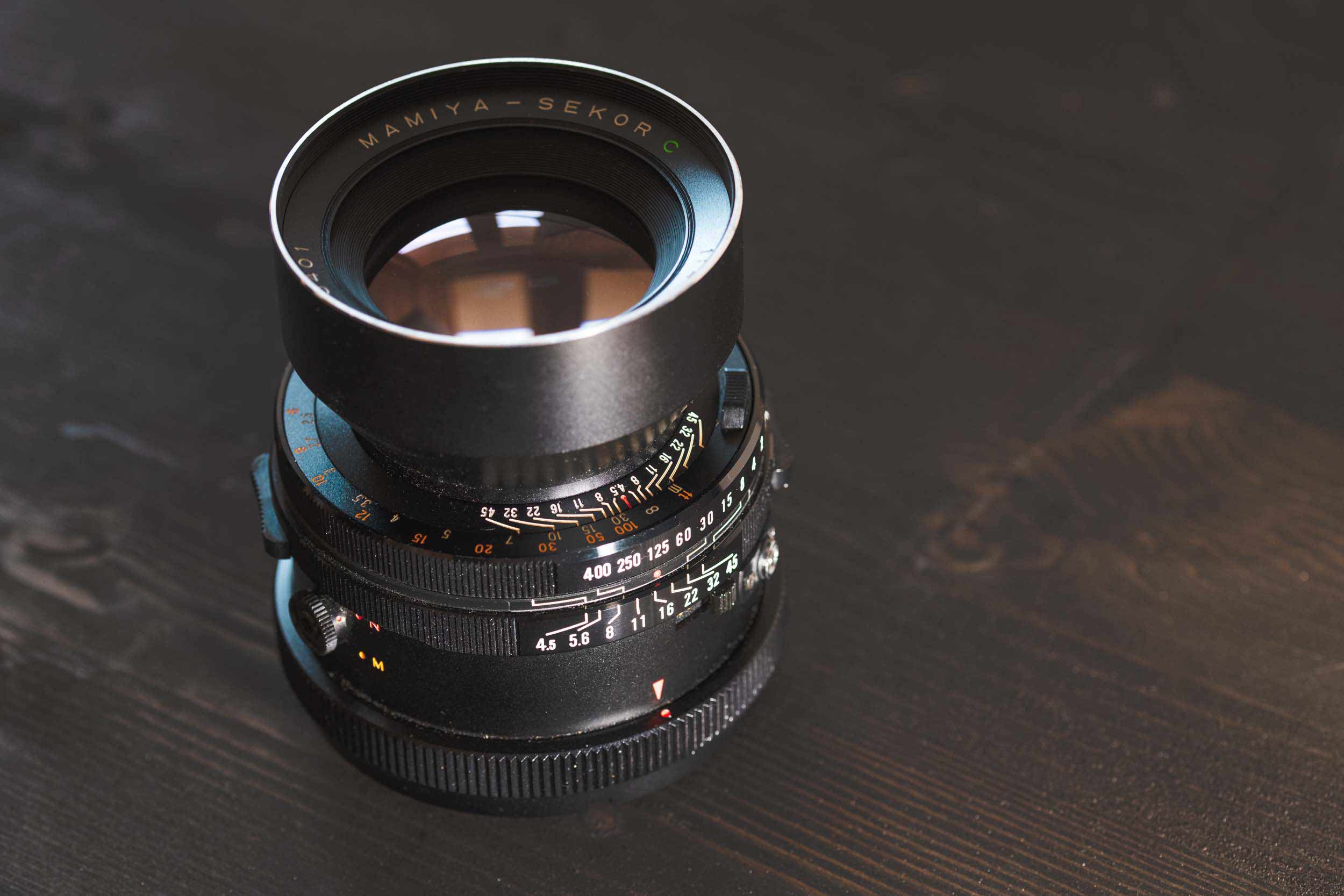 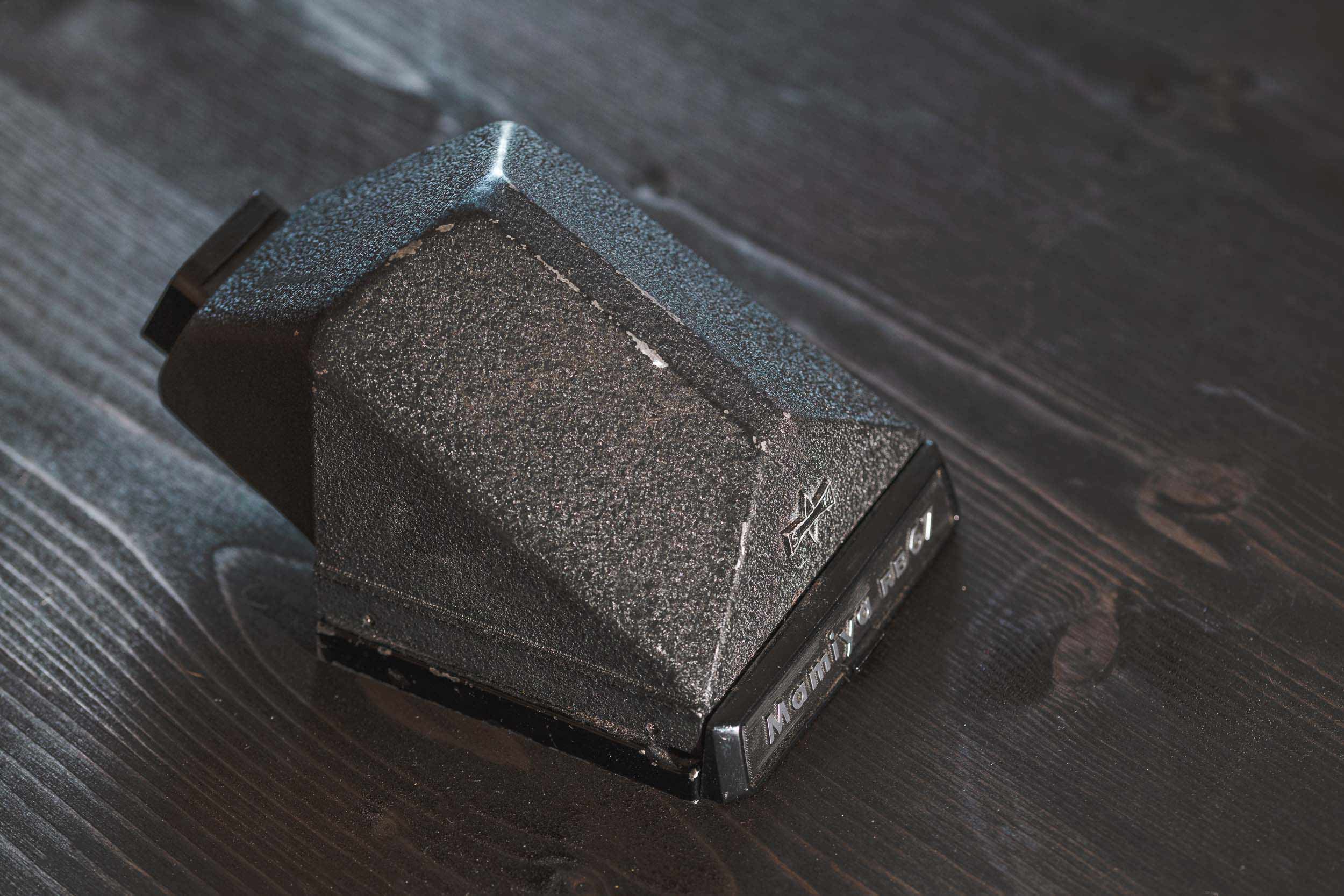 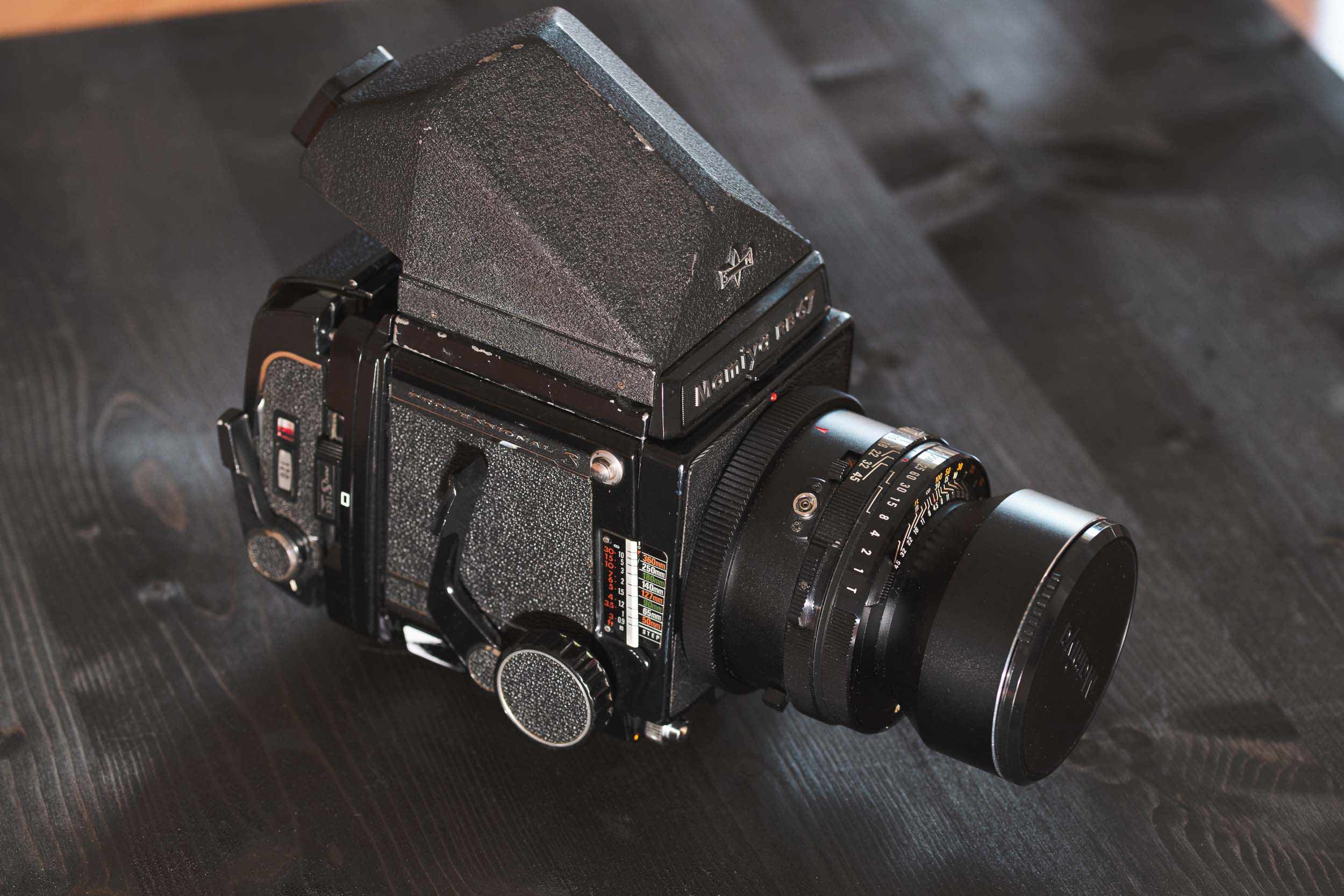 Good to know, the mystic scale

Unlike other cameras, The Rb67 Pro s is not focused directly on the lens, but with the help of a bellows.
Only the aperture and shutter speed, flash and mirror lockup, are set on the lenses.
Due to the fact that a bellows is used for focusing, the way of the light, from the lens to the film, is getting longer and the exposure times must be adjusted accordingly. This is done with the help of the “mystic” scale on the side of the
Mamiya RB67 which becomes visible when the bellows are extended.

Please transport the film by hand

After taking a picture, it is not only necessary to re-load the shutter, but also to manually advance the film.
This task is not happening when re-loading the shutter, like on newer Hasselblads but has to be done by hand. Unless you have a magazine from the first series and want to create a double exposure. Then you can safely leave the lever untouched.
If you have a newer magazine, but still would like to make multiple exposures, after re-loading the shutter, press the small metal burl right above, on the side of the magazine and you are able to releases the shutter.

The thing with the old magazines

Anyone purchasing a Mamiya RB67 will often encounter the problem that the seals of the old magazines are in bad conditions.
This inevitably leads to the incidence of light in the magazine (light leaks), which can be seen as an ugly stripe on the negative. Here it usually helps to renew the seals by a repair service or to replace them yourself. Here you can order a pack of new light seals. Advertisement 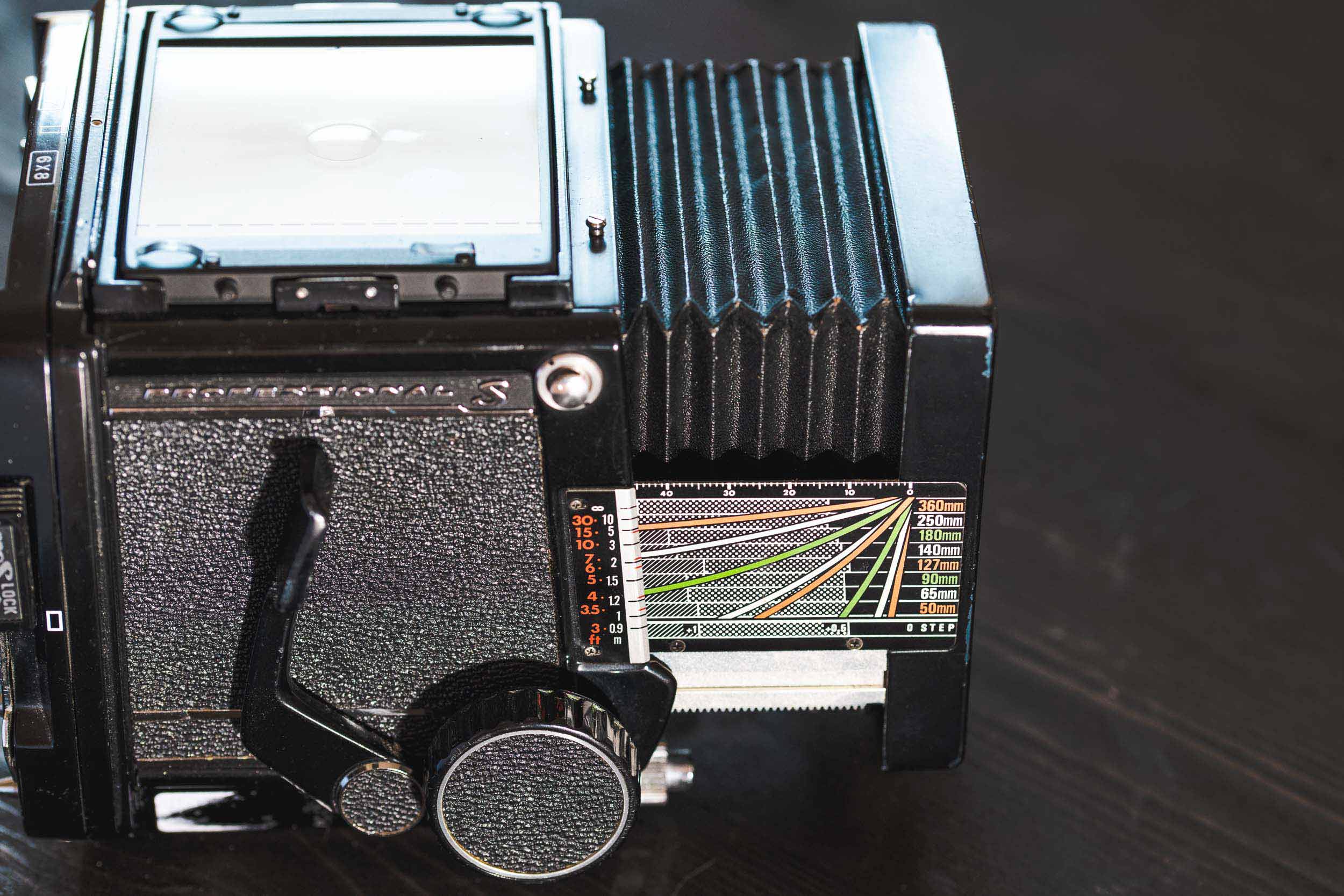 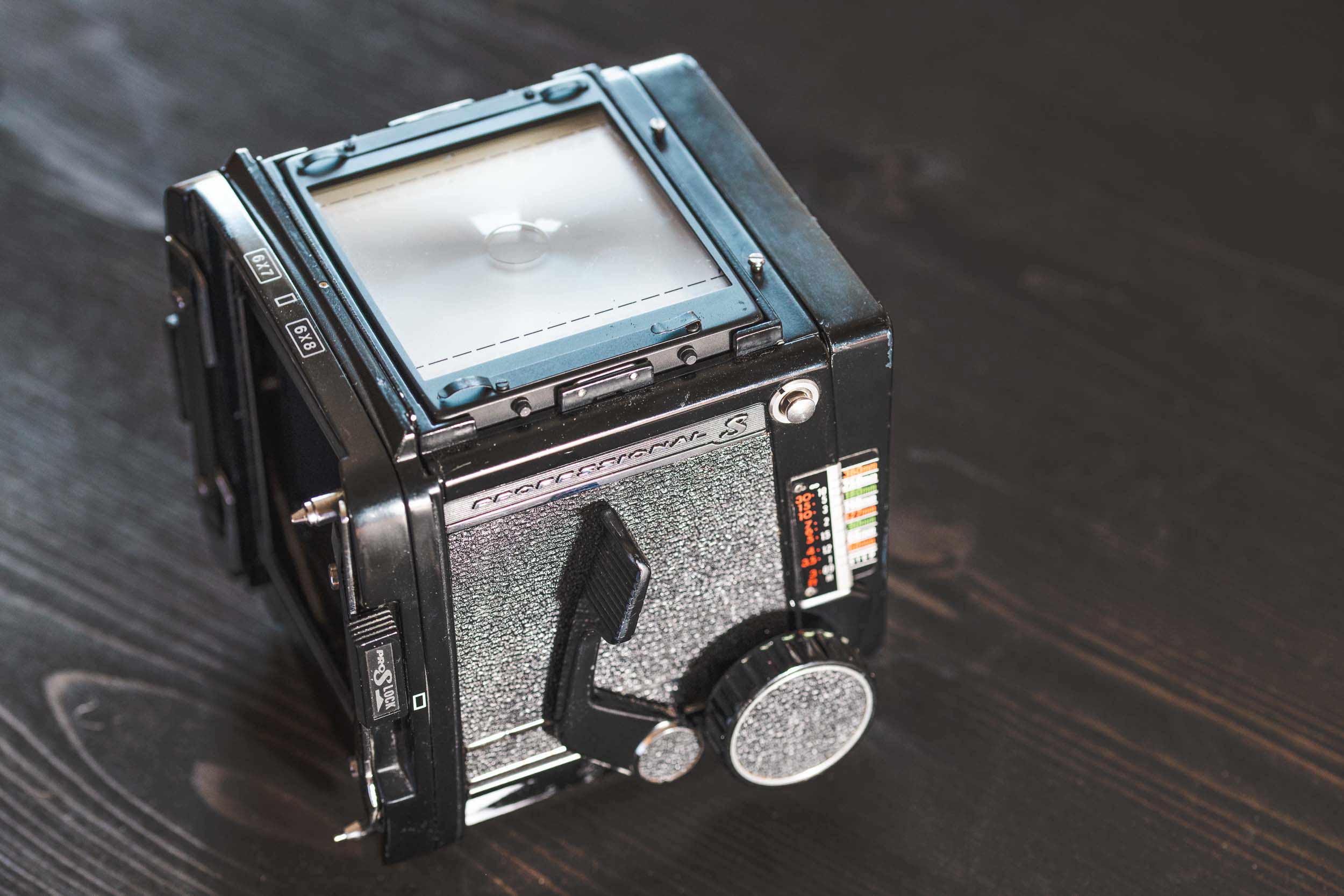 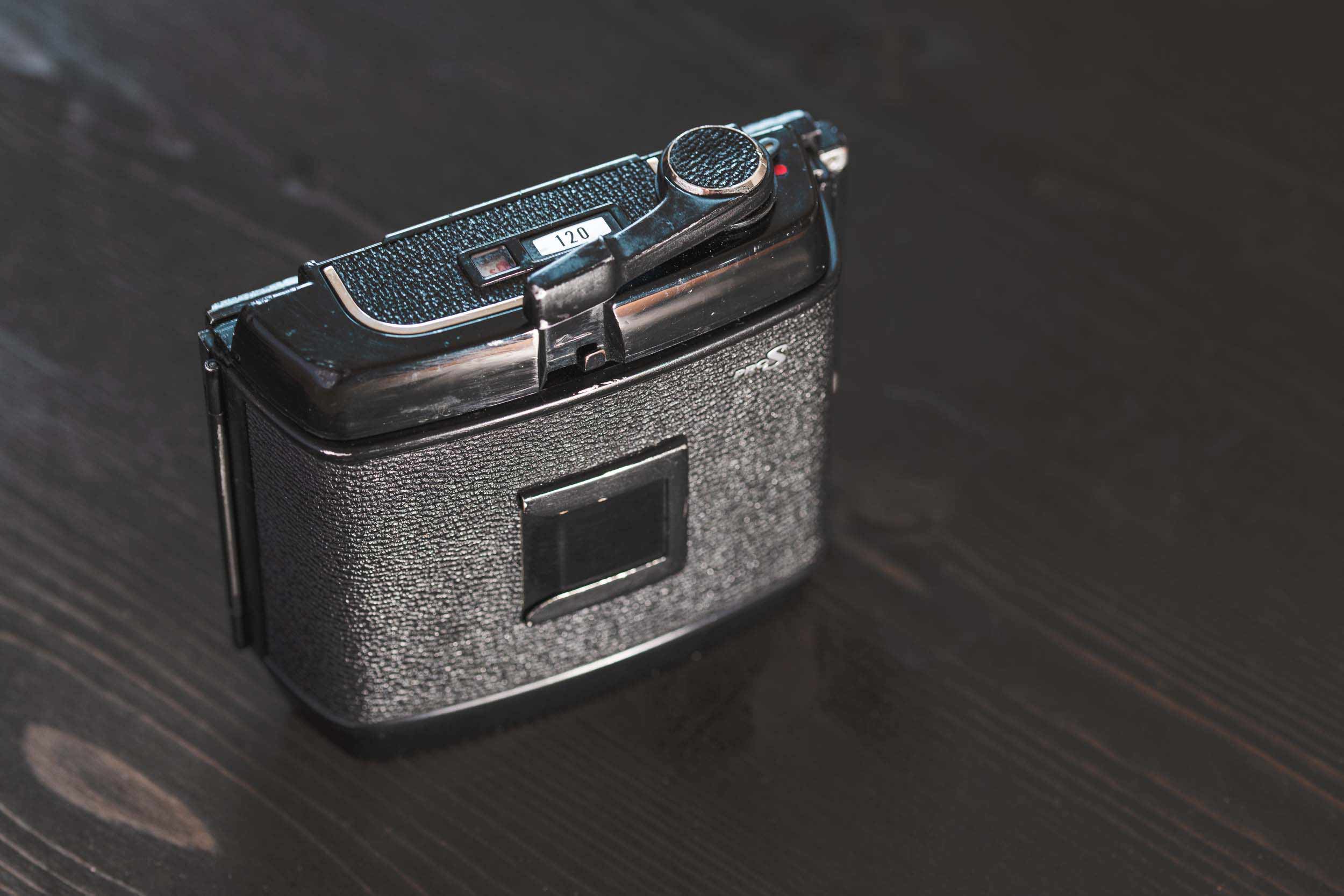