Is a 35mm film camera from the USSR.

The Zenit-E (advertisement) is an analogue mirror reflex camera which was manufactured from 1965-1981 in the Soviet Union. To be pricise it was manufactured by KMZ in the town of Krasnogorsk near Moscow since 1952 and also by BelOMO in Belarus since the 1970s. Unfortunately technical it could not keep up with the then produced German and Japanese cameras.
The camera was made almost entirely of metal and offers the following features.

The Zenit-E advertisement was delivered with a leather case adapted to the shape of the camera.
To avoid fungus in the lenses, I recommend that you do not store the camera with the lens attached to the camera.
Since leather cases support the emergence of fungus.

Some known problems, besides problems with the fabric curtain, are especially problems in mechanics.
First and foremost possible damage to the shutter speed adjuster. Adjusting the shutter speed only takes effect after loading the shutter! Furthermore, the camera is known for splashing oil around in the housing sometimes. In the worst case, that can contaminate your film. 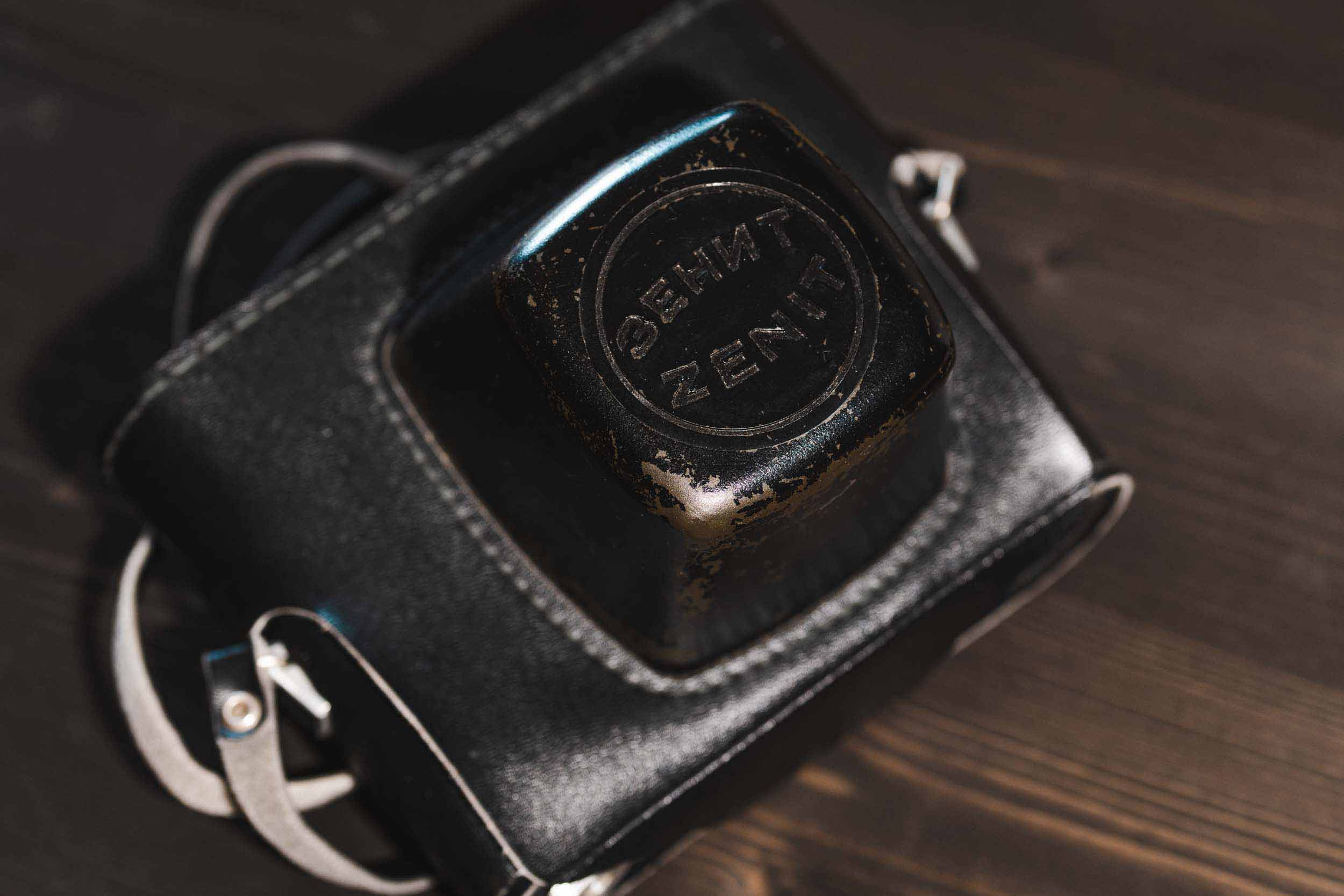 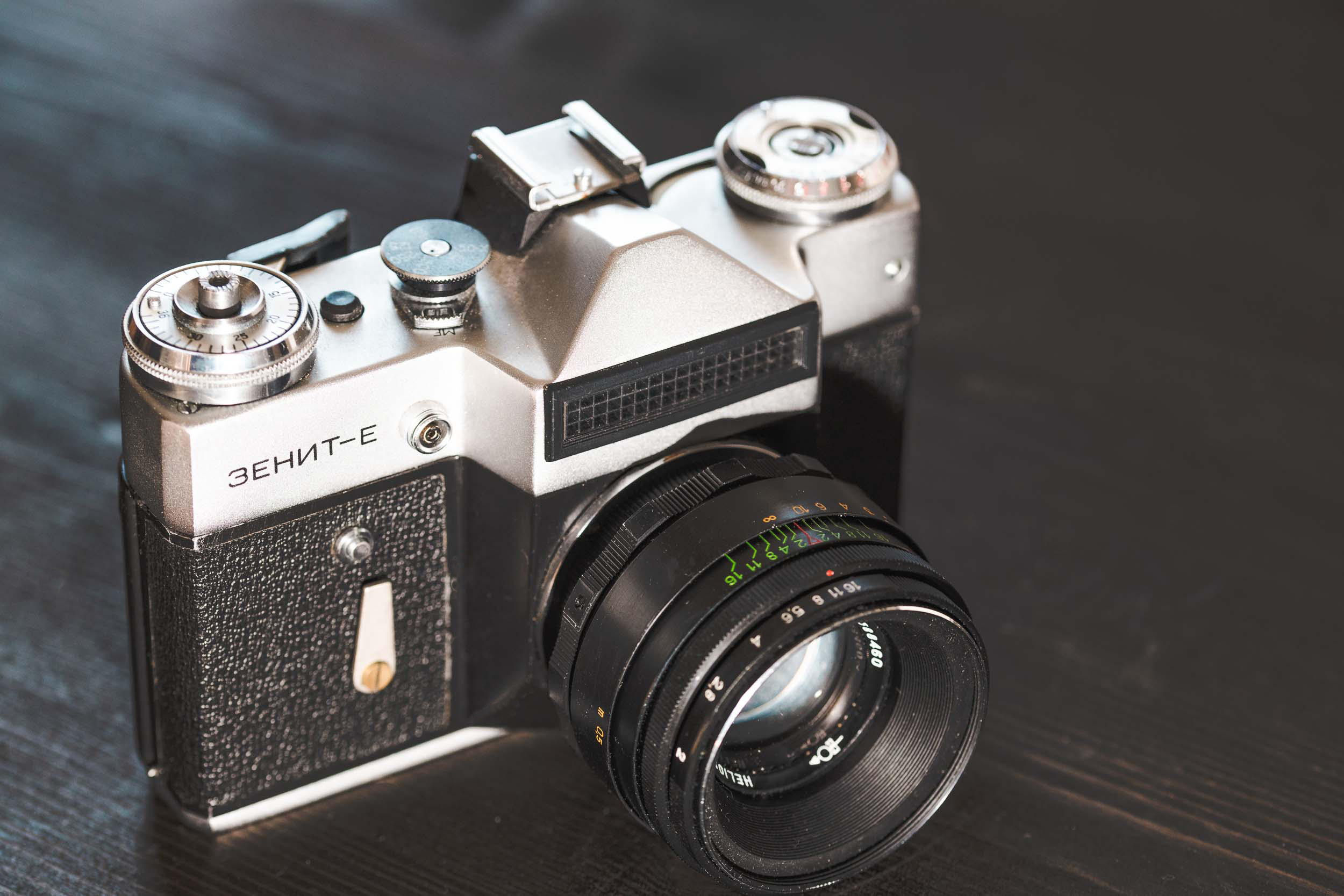 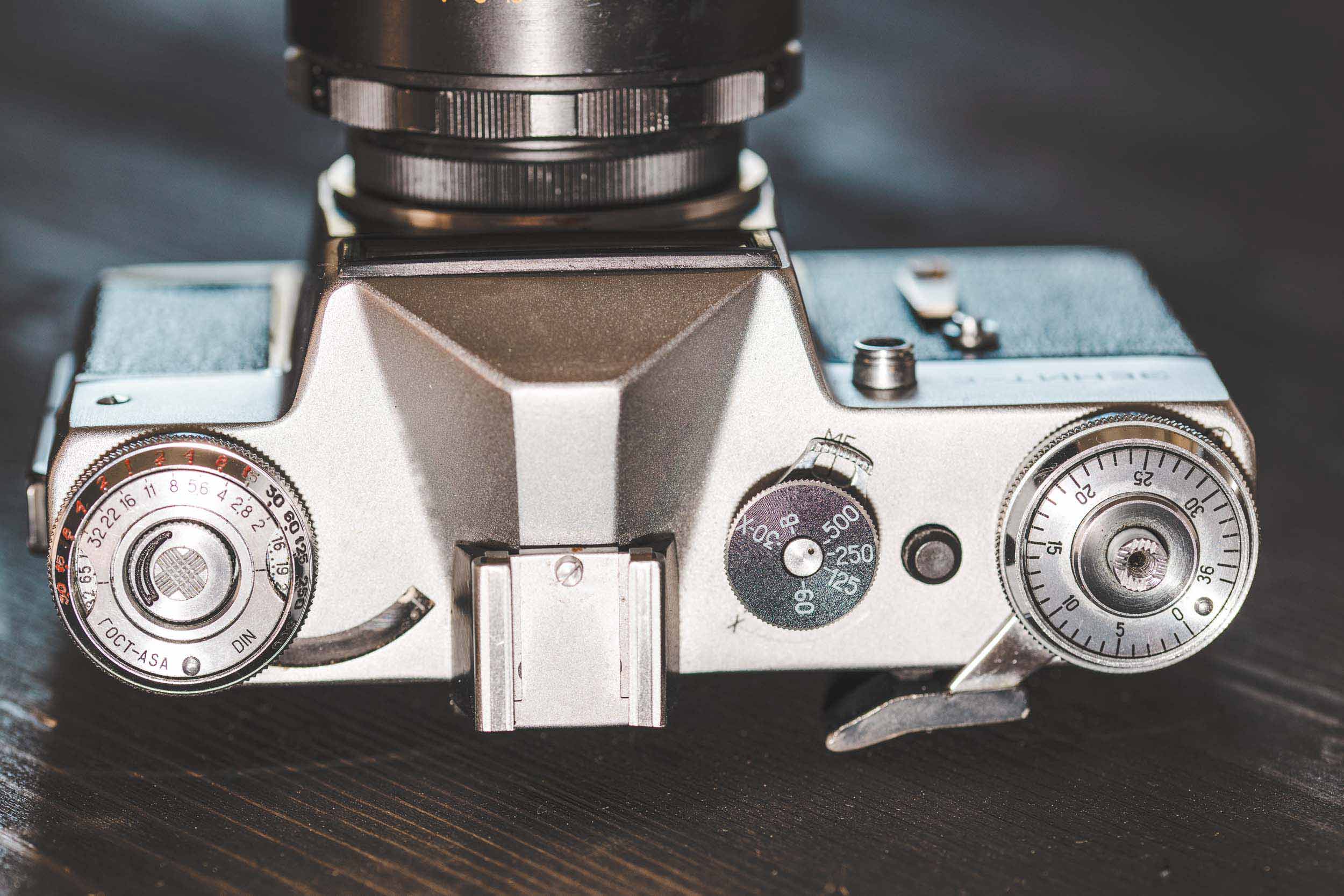 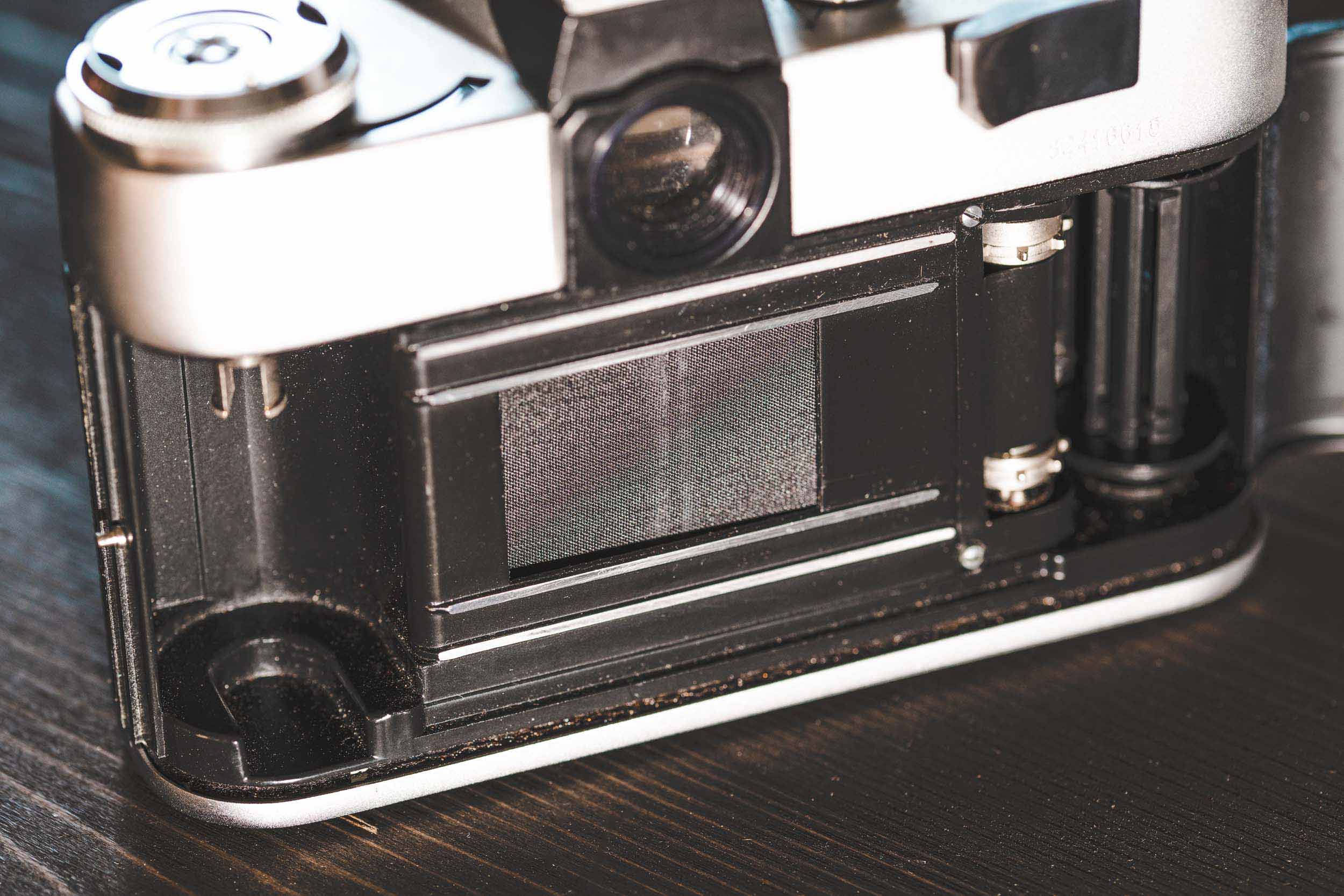 Thanks to the M42 mount advertisement a variety of lenses are available For the Zenit-E.
Probably the best known is the Helios 58mm f 1: 2.
Exact designation on the frame of the front lens “Helios -44-2; 2/58“ advertisement

This lens is best known for its popular “Swirly Bokeh” at open aperture.
The sharpness of the lens is quite good, but it decreases towards the edges.
With the help of an adapter, it can be used without problems at digital SLRs, of course, here is to be expected some losses in quality. 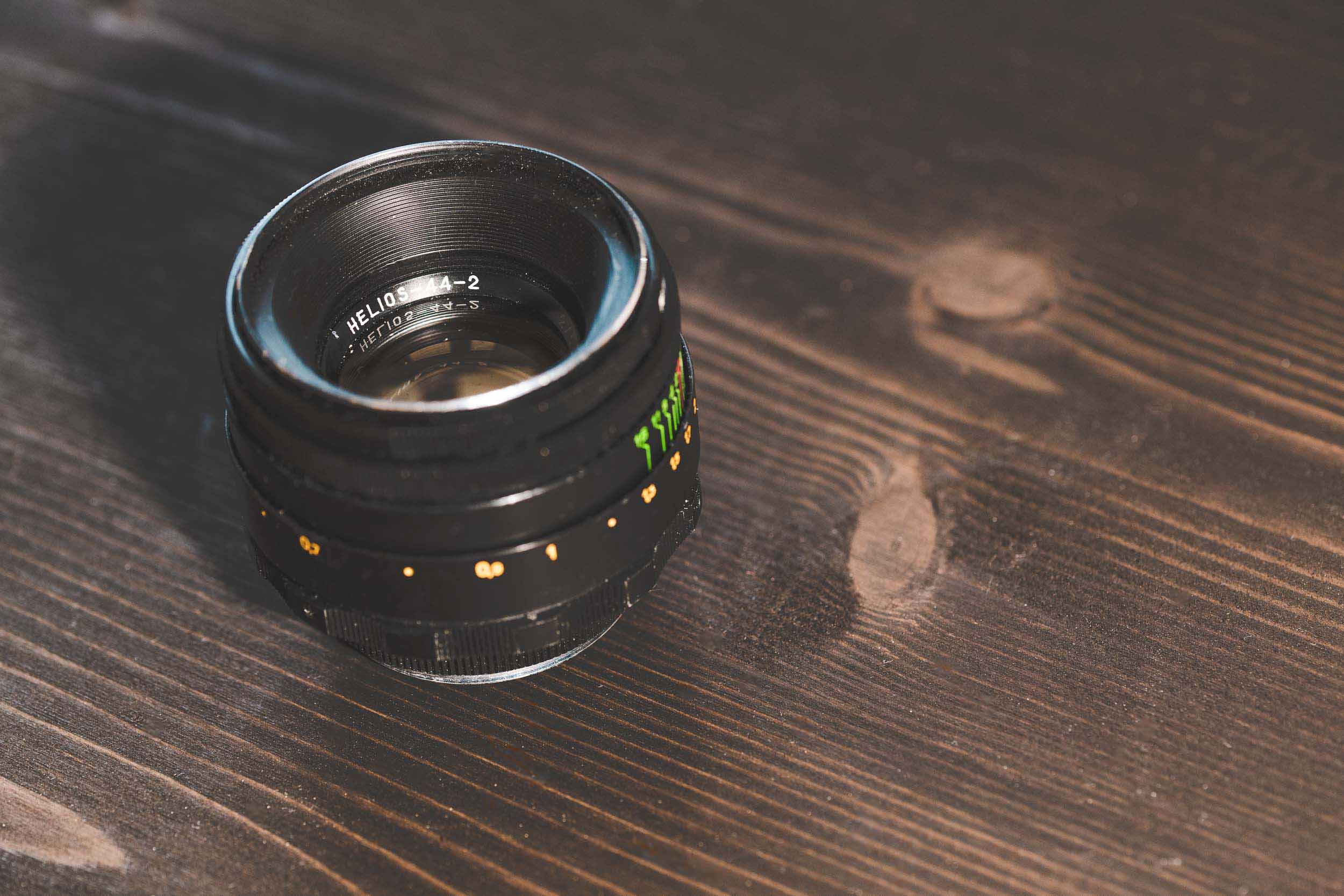 GET A ZENIT-E HERE <-
(advertisement)

With help of the table below, you can easily convert your GOST values into ASA (ISO) or DIN.