Shooting Film in a style out of the 50´s.

(Waring this Page contains partial nudity and is maybe not suitable for younger viewers!)

I asked Julia if she is interested in doing an analog shoot with me, since I am building up my analog portfolio.

Some Things that were important.

I decided to go with Kodak Tri-X 400 on my medium format camera.  Since it is a nice and contrasty film with a pleasing amount of grain.
So it should perfectly support the contrasty style.

I also loaded some Portra 400 to the Hasselblad. But due to a lack of chemicals, I did not develop it yet. As soon as they are developed, I will load them into the gallery. Well if they are worth it. :-)

I decided to use my Hasselblad 500C/M, even that I just own one lens for it, since it is one of  my most reliable cameras. My RB67 maybe would have been the better choice in terms of the image format.

My backup camera was a 35mm Nikon, with some Rollei RPX40o loaded.

Arriving at the location, i had to find out, that for my particular lens (120mm) the given space was all but not enough.  The room did not really give a lot of space for lots of different angles. But since it was my first try shooting this style i simply decided to go for it and shoot.

We used available light only, what sometimes tended to be complicated since the light was very changing that day, meaning that starting at an f 5.6 at 1/500s ASA 400 I ended up using the same roll of film with F5.6 at 1/15s at the same location within 10 minutes. That was kind of a pain.
For the images in the kitchen, I had to push the Tri-X 400 to 1600.

I brought a reflector with me, but it was simply to big to be used in the small space. (you can see in the video).

For measuring the light i used a spot meter as well as a incident light meter.

For the fact that most things that could go wrong actually went wrong, i am quite happy with the results of our black and white photoshoot.
But see and decide for your self. 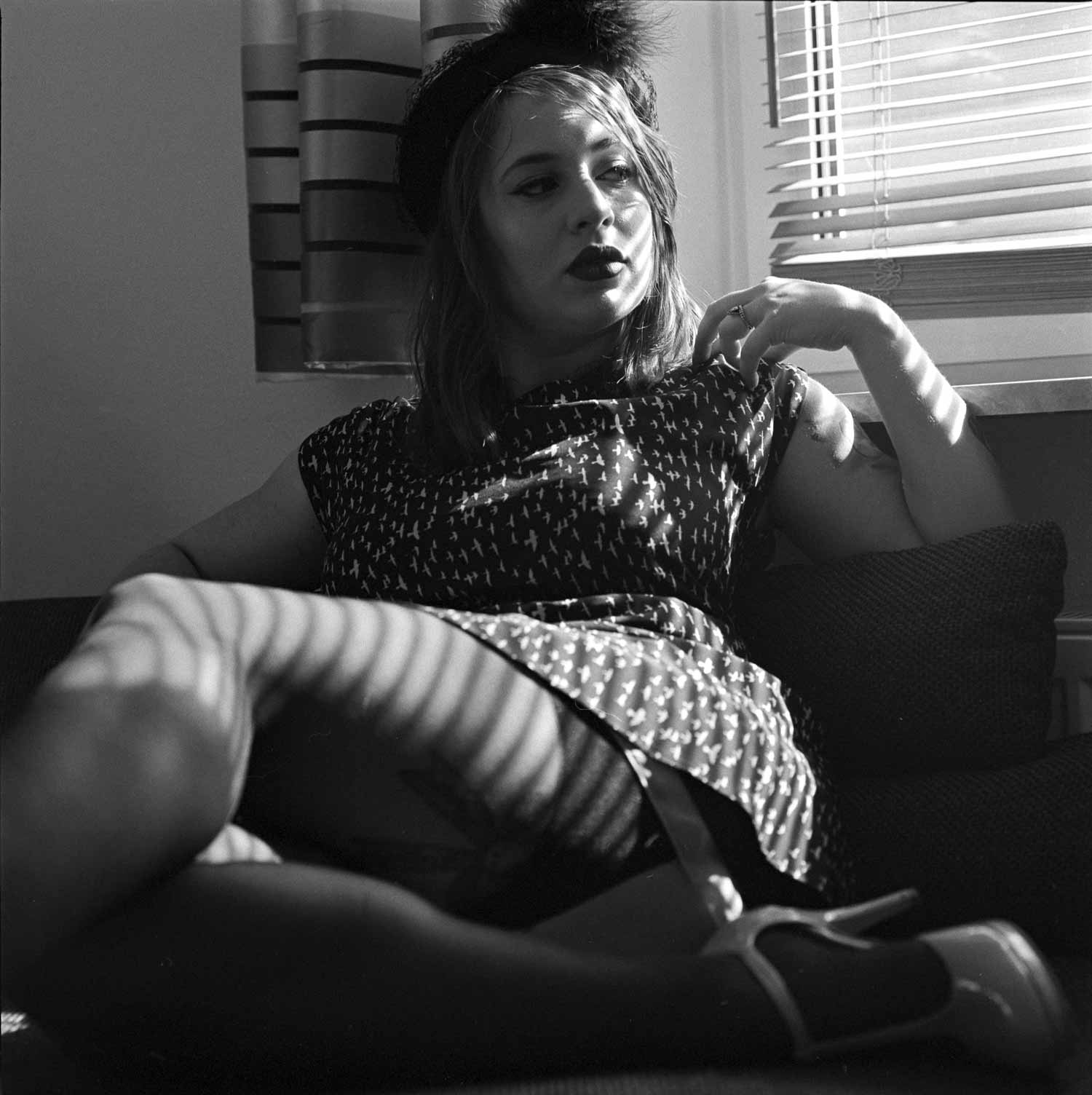 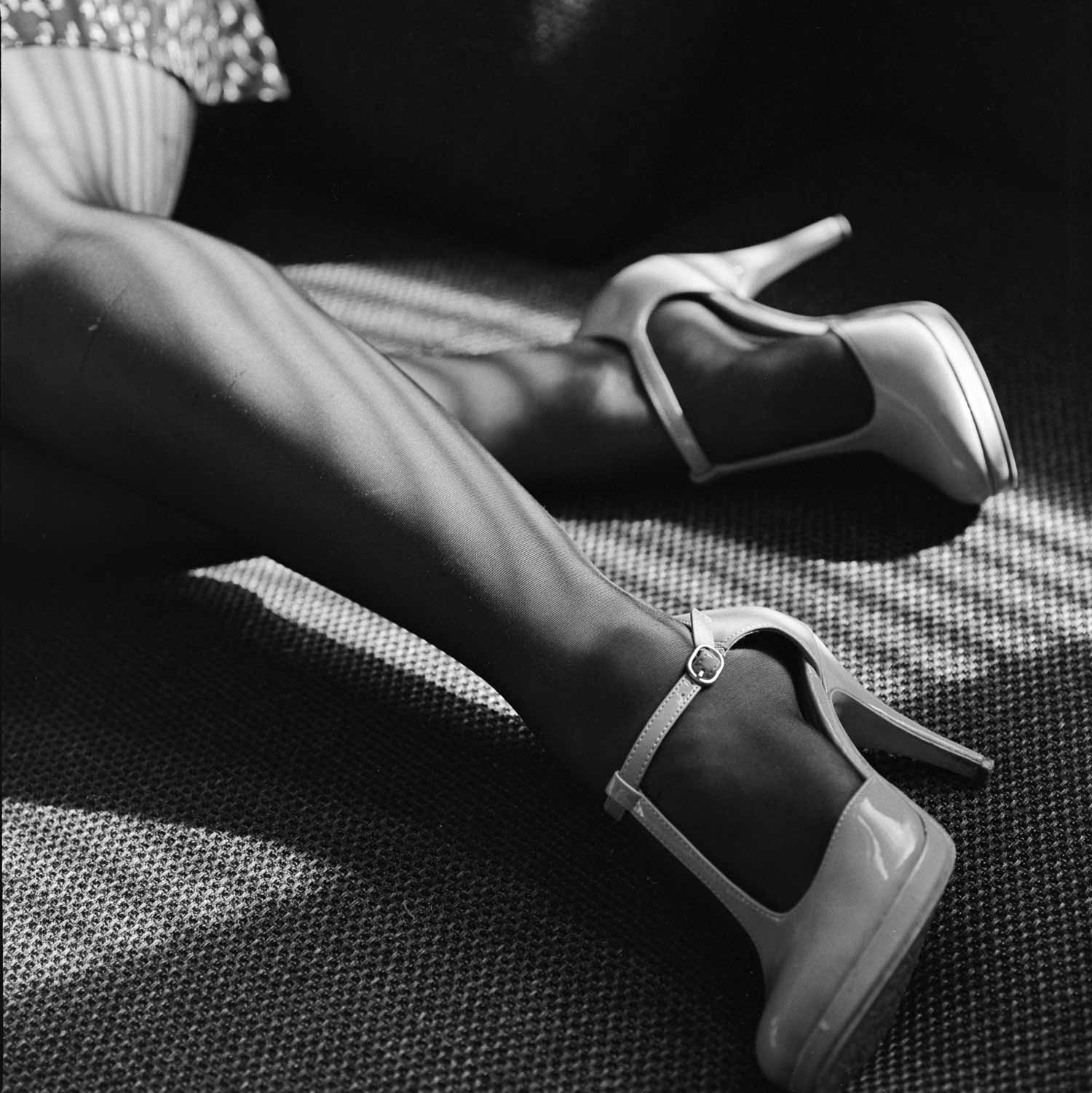 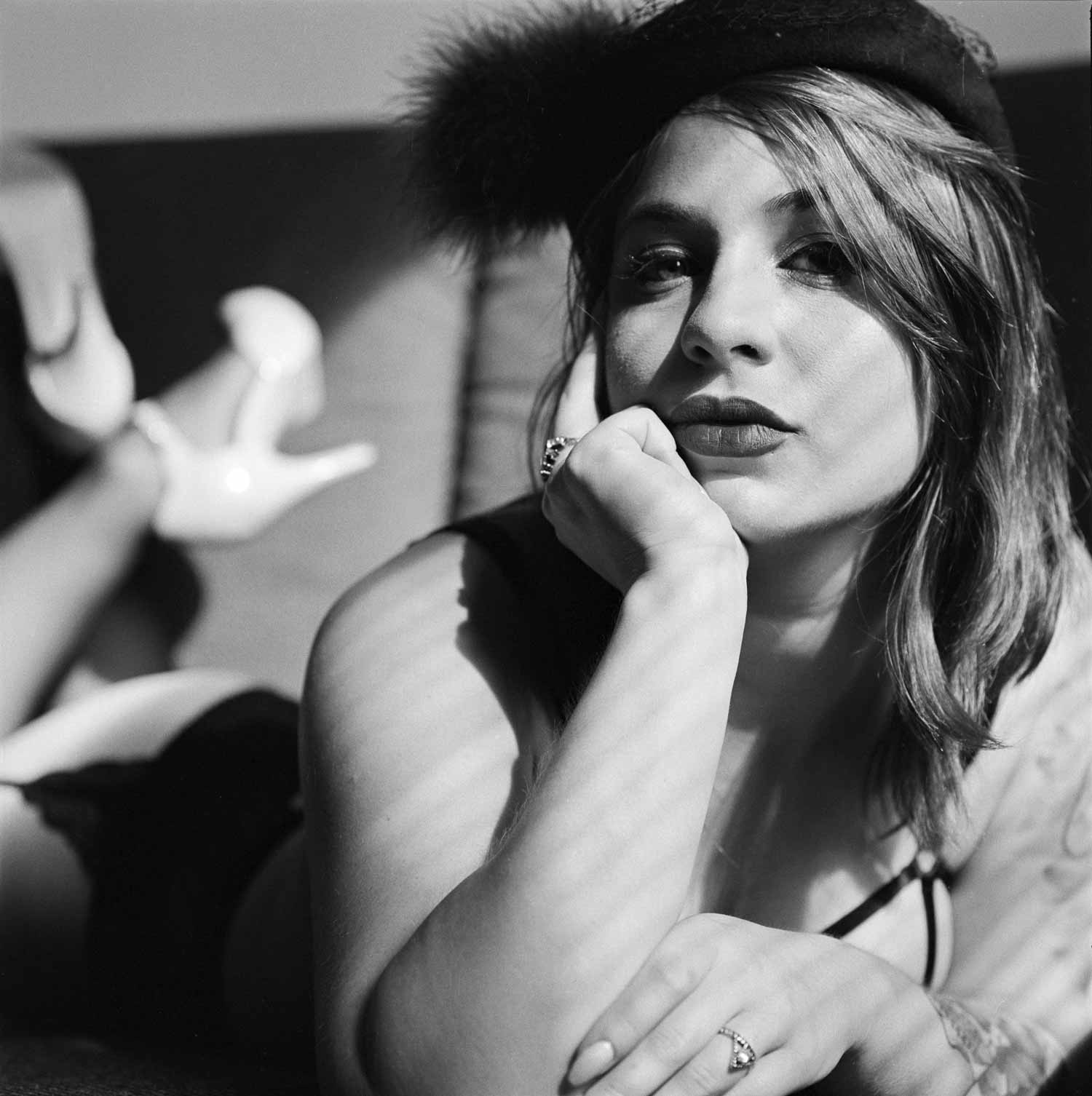 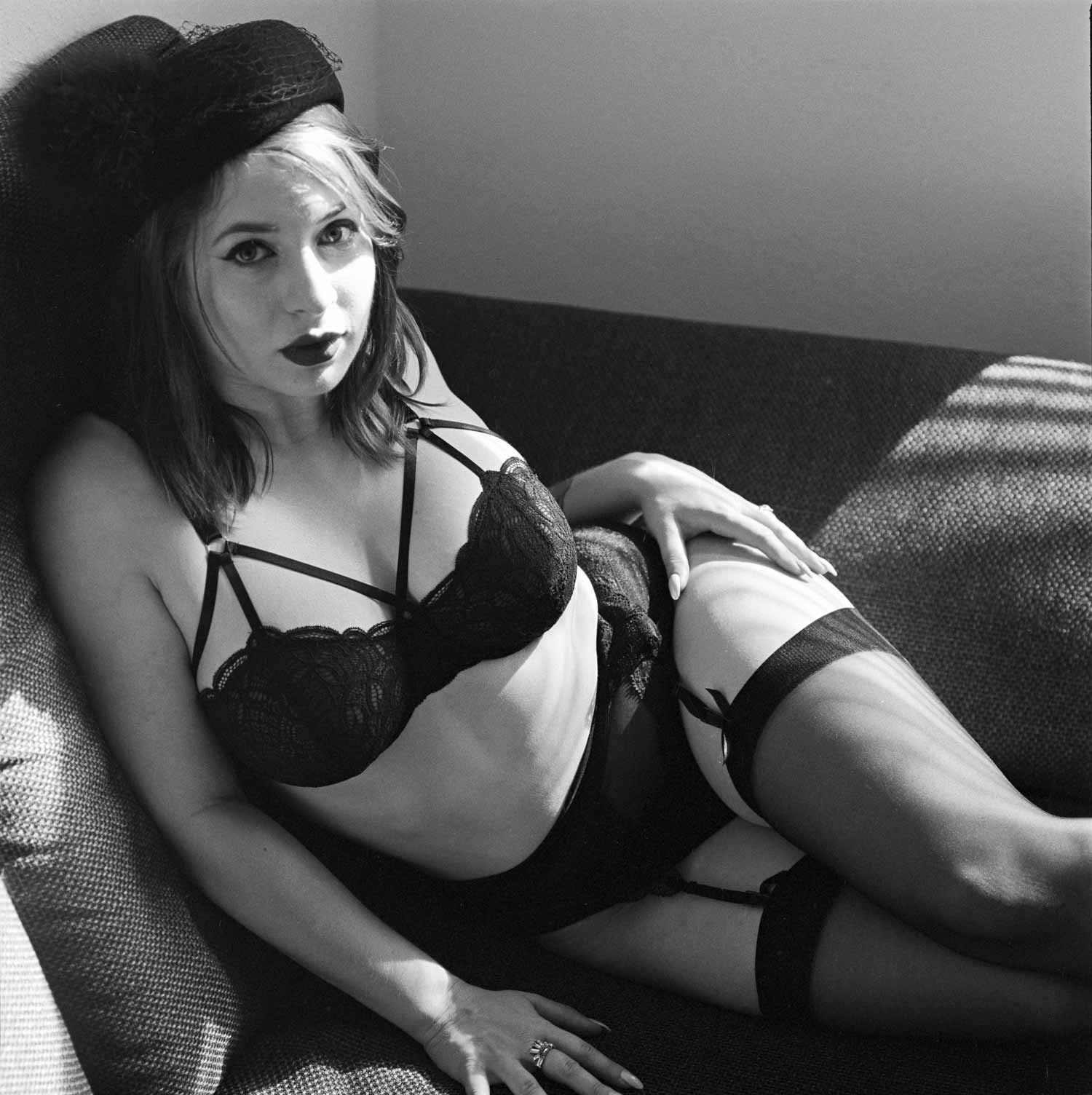 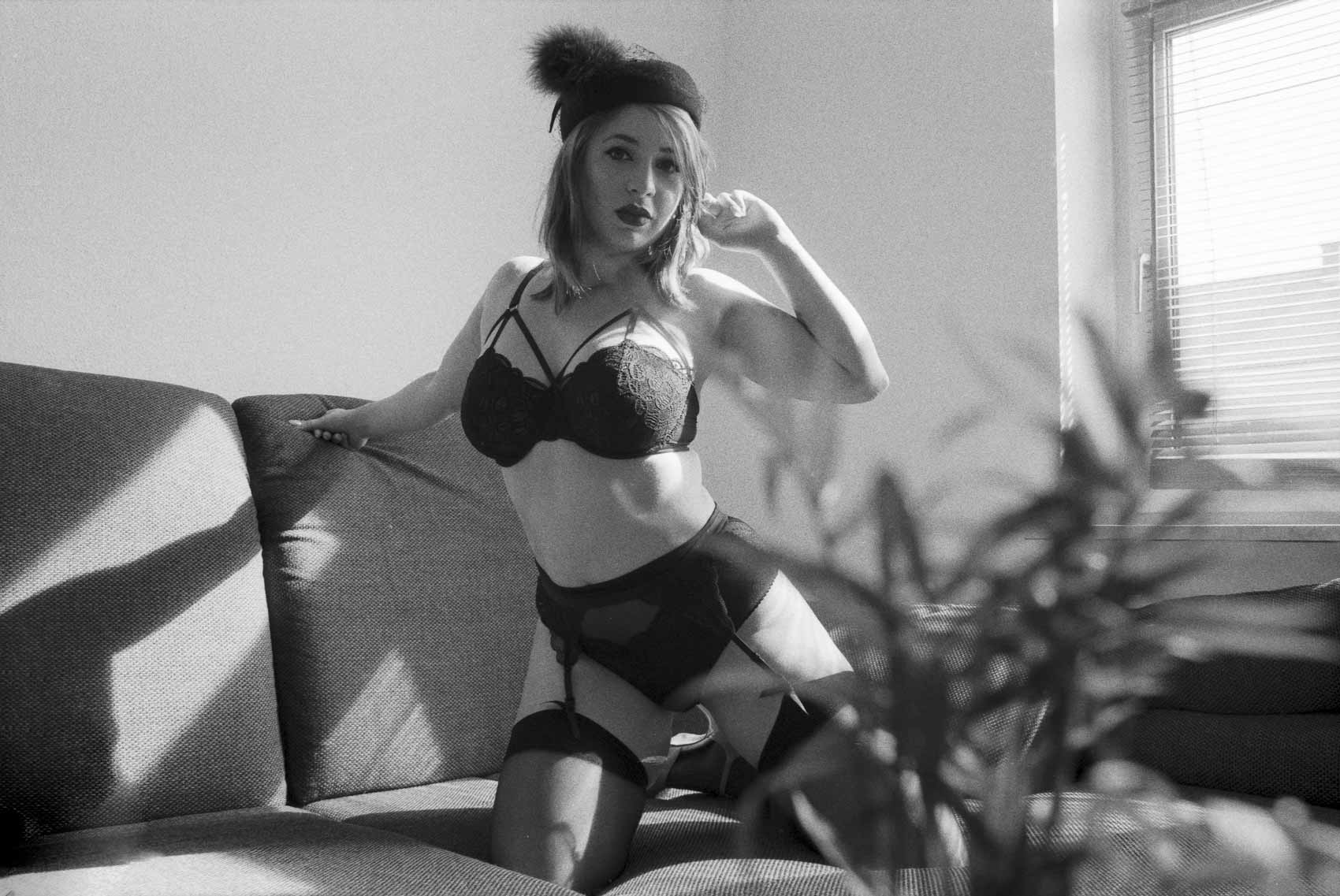 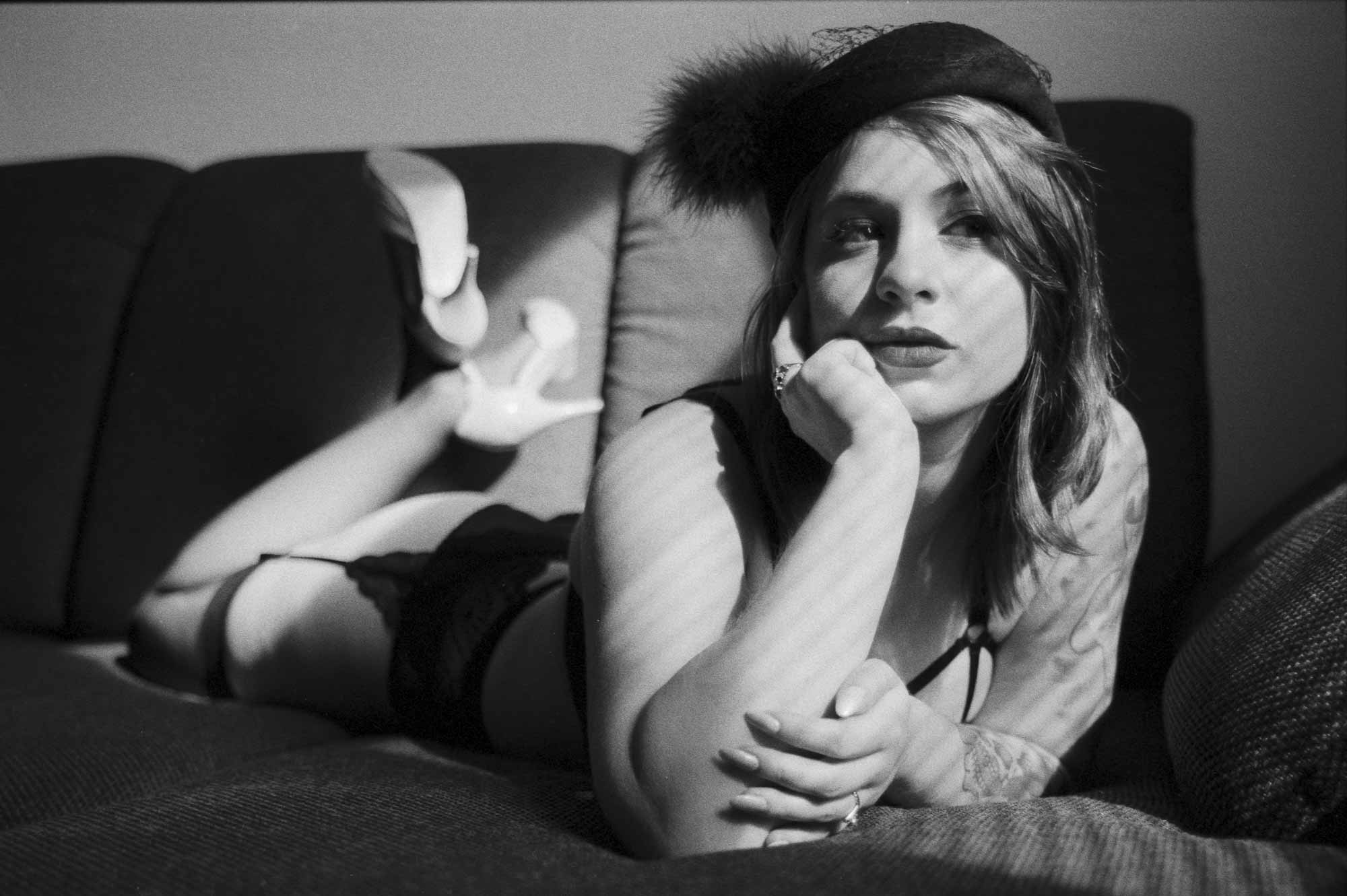 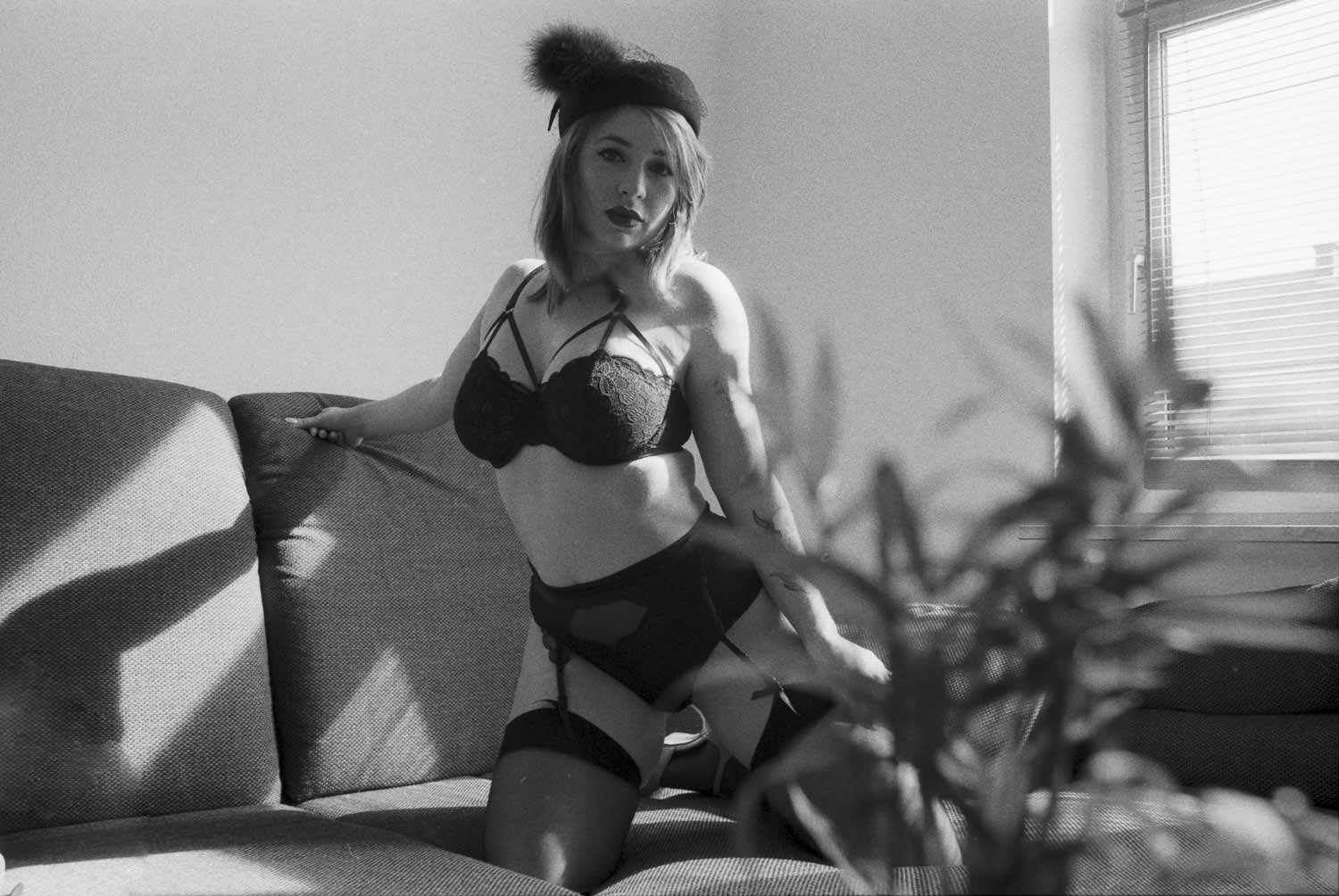 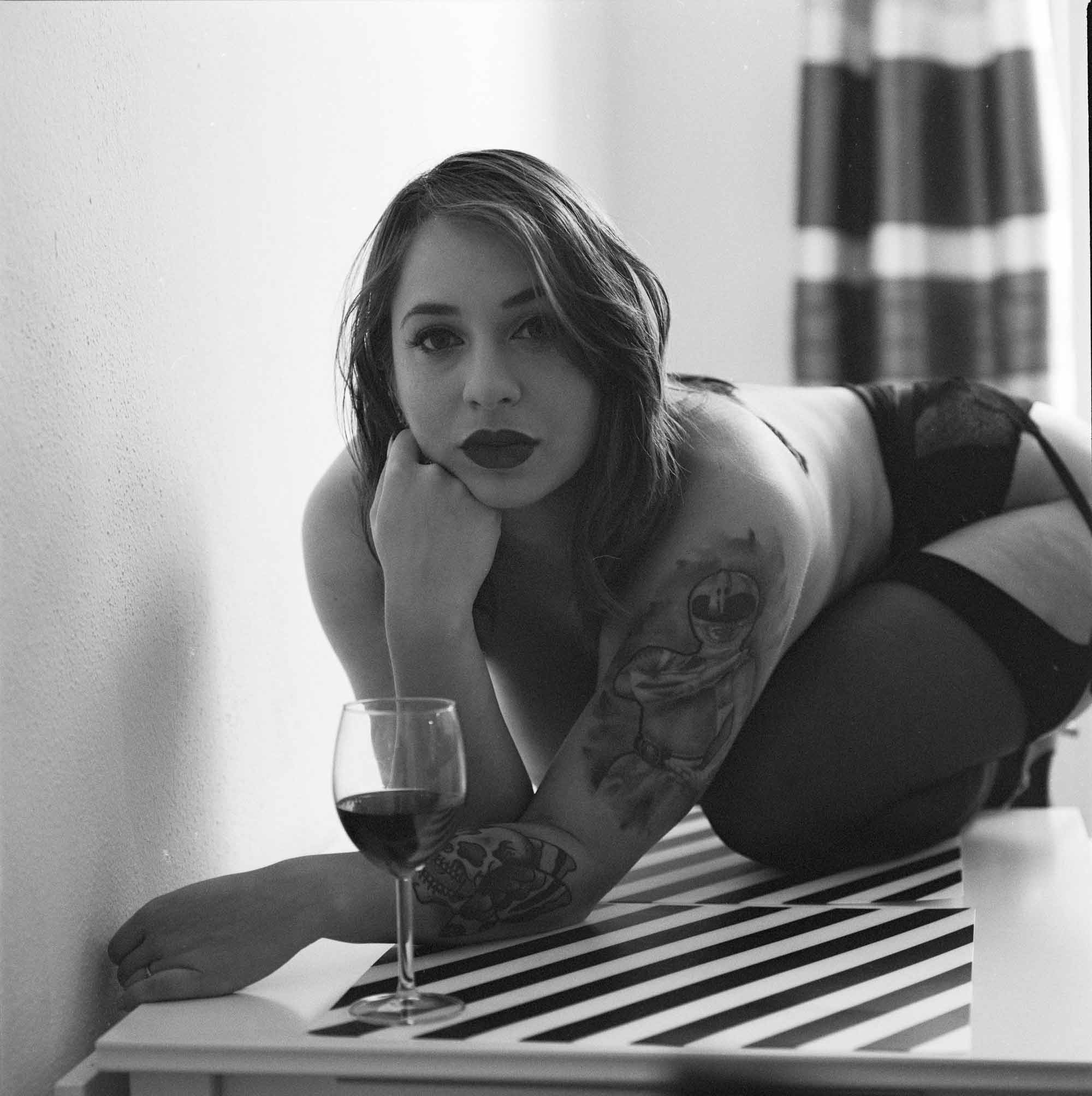 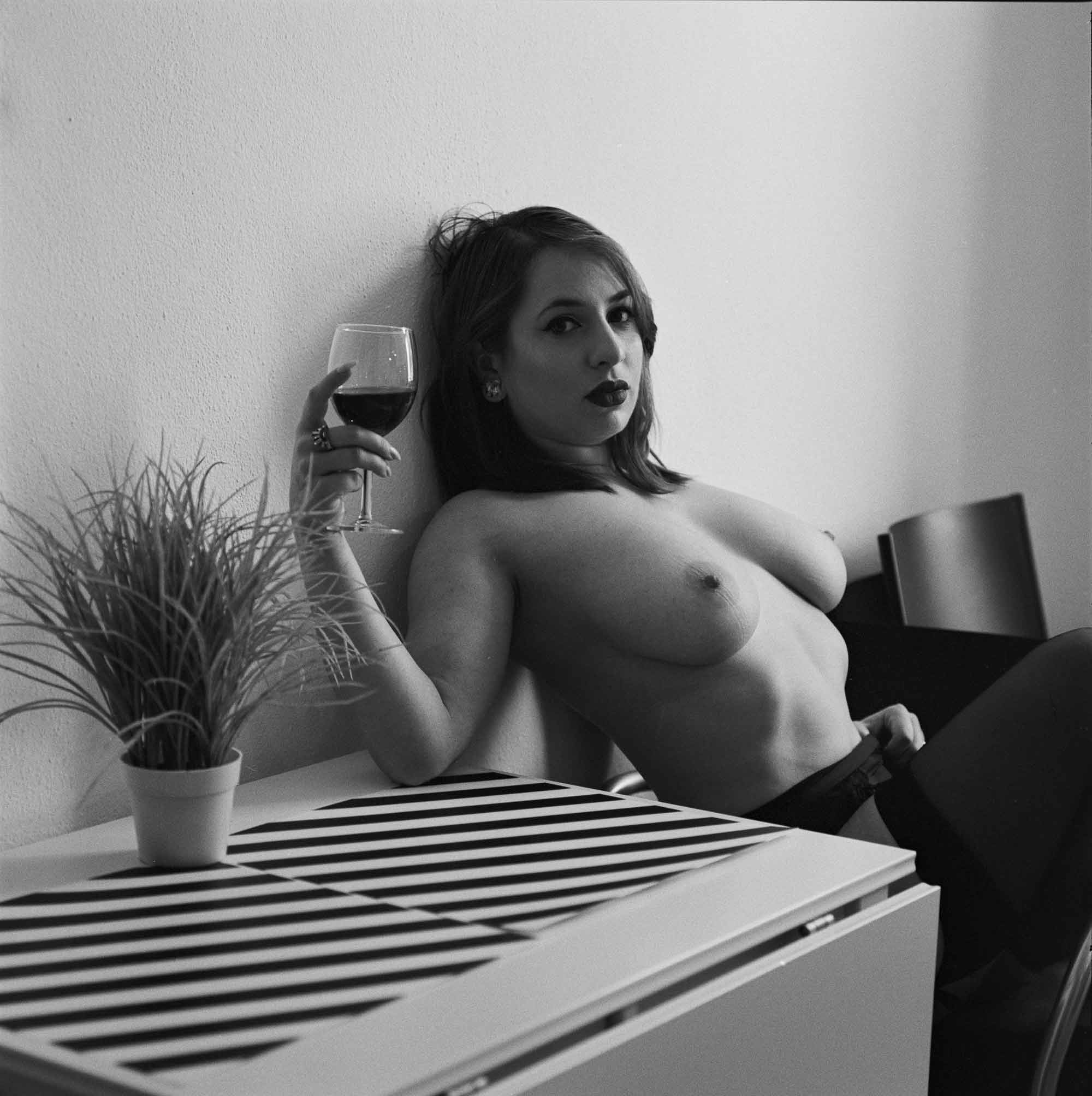